As the year draws to a close, I tend to look back over the last twelve months at both the highs and the lows. I've been priveledged to have had a very good year. I can accredit two of the high points to one man: Jeff Erno. When I met him at GayRomLit, I found him to be every bit as sweet and engaging as he is online. I'm thrilled to have met him face to face. I also feel priveledged to have read his book, "Bullied", for as much as I came to know him through conversation, I knew him better after reading such a deeply personal and eye-opening book.

Ever wonder how someone can be a bullly? Turn a blind eye to bullying? Believe the victim "brought it on themselves?" I couldn't. That is, until reading this remarkable set of short stories that allow us to step outside of ourselves and see the entire bullying issue from other points of view. At times heartrending, other times triumphant, at all times thought-provoking, "Bullied" is a must read in my book.

While I don't think I've ever recommended a book on my blog, I feel the need to recommend this one. Mr. Erno has generously donated proceeds from sales of this book to anti-bullying campaigns such as The Trevor Project.

Every day, all over the country, teenagers struggle with the realities of bullying. Tormented, ridiculed, and beaten—simply for being who they are—these teens face alienation, humiliation, and even the explicit assertion that they have somehow brought this upon themselves, that they should just blend in. Bullied is a series of short stories exploring the world of these teens from several different viewpoints: the victim, the bully, the gay bystander, the straight friend, the concerned parent.


Closeted Bryan wonders why Christian Michaelson doesn't just try to blend in if he hates being bullied so much. Star athlete David isn't a homophobe—after all, he's not afraid of anything. Jonathan, a Christian fundamentalist, must weigh the Bible against peer pressure and what he knows is right when he discovers his childhood friend is gay. Bully victim Chase Devereaux finds an unexpected ally in a brave fellow student. A single mom struggles to accept the reality that her only son is gay. Two tough gay teens are forced to confront their own inner demons when tragedy befalls a classmate they failed to help. And overweight Kirby finds the strength of character to make a friend, which leads to a lifestyle change and a chance at love. Each character grows as an individual as he or she comes to terms with what it means to be a gay teenager in America. 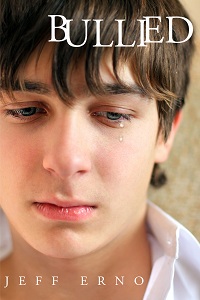