Re-releasing one of my earlier books is like visiting old friends. The characters and story are the same, but I notice details that eluded me before, having been viewed through the lens of a newbie author.

Angel was the first book I ever submitted to a publisher, and as such holds a special place in my heart. It was also written before I began my "What's in a Word" blog series, or even understood the weaknesses in the craft work.

What a difference six years have made. I've grown and learned so much, and though Angel was well received in it's previous incarnation, I couldn't help but enhance the story some.

So once more Jeremy is struggling to survive, as is Noah in his own way, and once more I've enjoyed the journey of their finding each other. 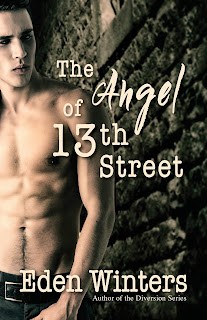 Noah Everett shed his rent boy existence for a bar and helping young men get a second chance at life. Haunted by those he couldn’t save, he keeps others at bay until his self-imposed loneliness is shattered by ambitious but homeless Jeremy Kincaid.

Aged out of the foster system, Jeremy’s the perfect target for a ruthless pimp like Willie Carnell. He wants no part of any future that includes working for Willie, but without a strong ally, he may not have a choice.

Noah knows exactly what Willie’s capable of, and if he’ll fight for strangers, he’ll fight harder for Jeremy.

Even if it takes confronting his own past.