A few years ago inspiration struck in the form of the haunting Papa Was a Rodeo by the Magnetic Fields, and down and out rock star Killian Desmond was born in my imagination.

During a rare three days of being snowed in (in SC!) he screamed into my ear until Highway Man took form, a short story of approximately 8,000 words, later to be published by Dreamspinner Press on their site.Readers loved the characters of Killian and Mike, but wanted to know more about the guys, and in particular, what became of them. Once the rights reverted to me, the story grew to 15,000 and is now available through Rocky Ridge Books. 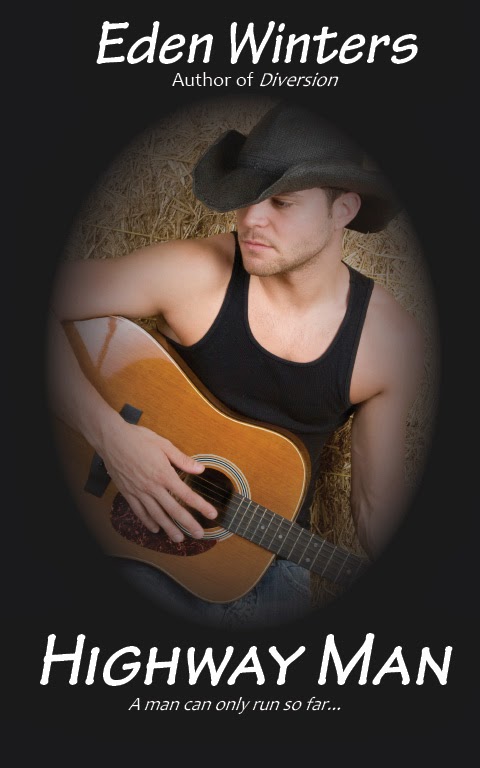 Answering a tribute band’s ad thrusts him face to face with his past, and into the arms of the one man who just might understand.
Posted by Eden Winters at 10:10 AM