It's been a nearly a week since I returned from Outlantacon, but the EDJ has been brutal so I'm late in posting. It's a small convention that's dear to my heart, mostly for all the great people I get to hang out with. 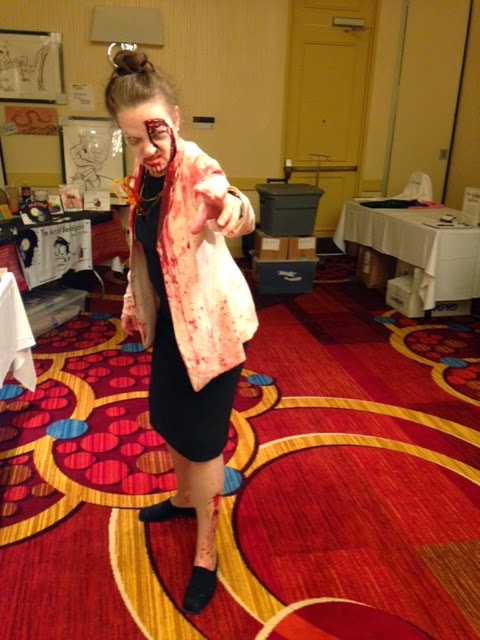 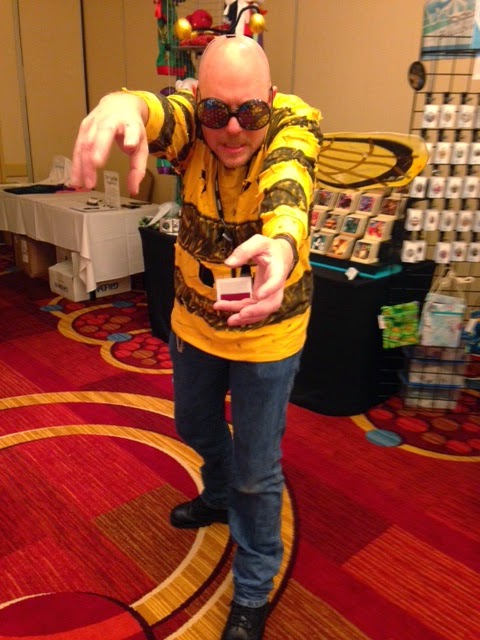 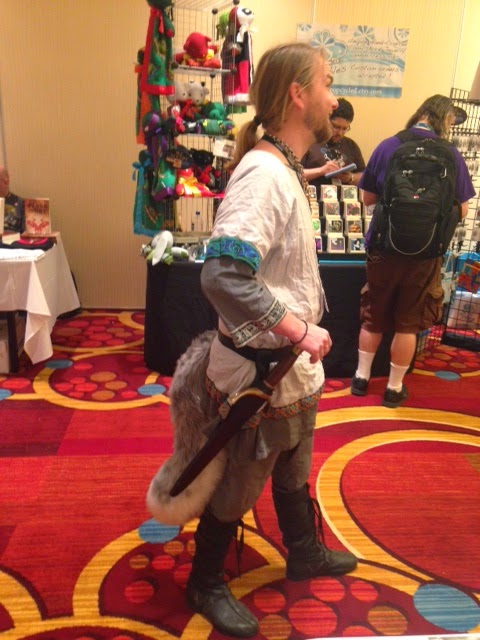 Outlantacon 2013 inspired the idea for Butt Ninjas From Hell , and it's there that we held a launch party. 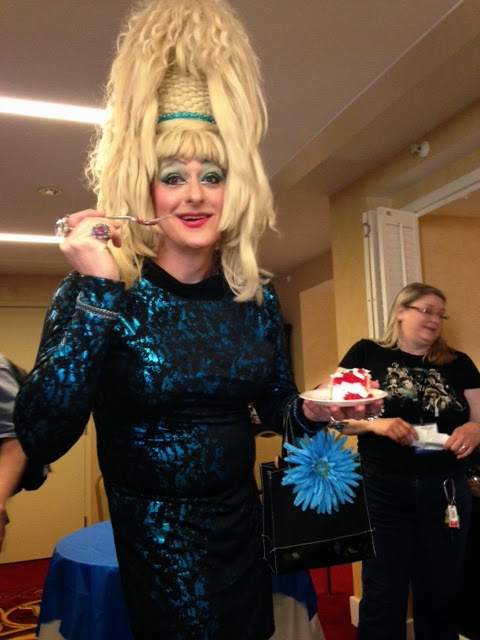 The fabulous Moxie Magnus, Chief Cosmetology Officer of the USS Enterprise, enjoying a piece of Butt Ninjas cake at the launch party

All my fellow Butt Ninja authors were there: Kage Alan, JP Barnaby, Ally Blue, T.C. Blue, Shae Connor, Jevocas Green, Kiernan Kelly, and yours truly. This was a fun project to work on with some amazing people, and as one reviewer mentioned, "All the authors brought their A-game." I found every story gripping and entertaining, and most were laugh out loud funny.

I met many other special people there, too: Patricia Logan, Jeff Adkins, Lee Martindale, William Cooper, Kiernan's stud, Monique Thompson, Kayelle Allen, and a lovely woman who loved Collusion. She was my reader for the Sock Puppet theater and now has a matched set of the Diversion series. Oh, and Kage Alan's famous Honorable Husband was there too! 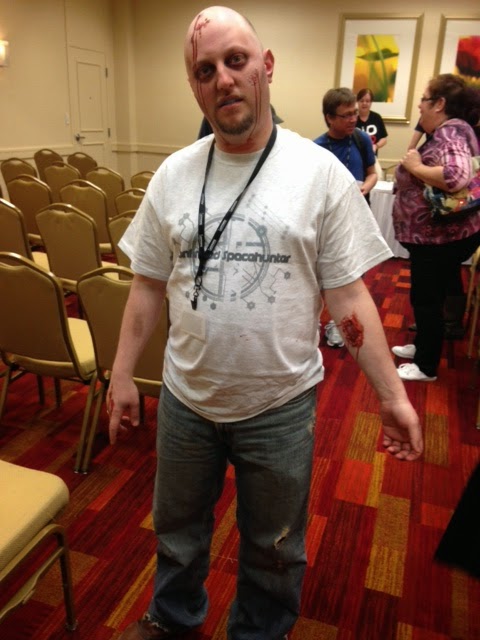 And no Outlantacon would be complete without Naughty Bedtimes Stories: Sock Puppet Theater! From the mind of Kiernan Kelly,  this event has become my favorite feature of Outlantacon. Imagine thirty folks in various stages of inebriation (or just high on life) dressed in their PJs and watching racy sex scenes from Butt Ninjas From Hell being acted out with anatomically correct (more or less) sock puppets! And there's even a sound effects guy. A member of the audience is chosen to read, so some of them have never seen the words before. Hysterical.

Kage Alan filmed the segments. Here's my contribution, a reading from Hell is Where the Heart Is, from Butt Ninjas From Hell:

My human ninja Dillon has just arrived at demon Vik's cave, which is cleverly disguised as a New York City apartment.

The other videos are on YouTube if you'd like to see them. Javocas Green's story was a scream!

We had such a good time with this project that two more are underway. The first is a collection of Christmas themed stories, entitled Butt Babes in Boyland. The second is scheduled for next year's Outlantacon, and it will be Butt Riders on the Range.

We had several tables in the dealer's room, and met some wonderful folks. JP Barnaby chatted with YA author James Crawford and, remembering that I'm working to create a library for our young people at my local PFLAG, bought me a copy of his two books: Caleo and Jack. I asked him to sign them, and when he found out my purpose, he donated two more! Kiernan Kelly presented me with one of her books. The books were a big hit at the meeting, y'all!


And no Outlantacon would be complete without me finding that one of kind item I just can't live without. This year it was a goblet, created by Kiernan Kelly, with someone already drinking from it: a lovely dragon. 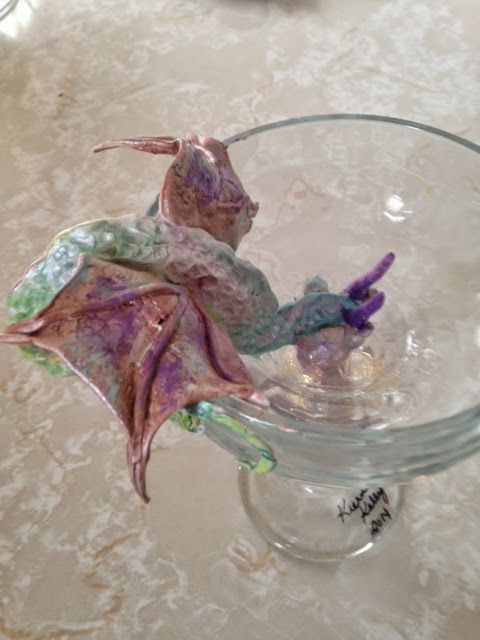 The picture doesn't do justice.

If you love sci-fi, fantasy, cosplay, or just hanging out and having a good time, I hope you'll attend next years Outlantacon.

I'll see you there!