It's giveaway time again! The Wish 2nd Edition will release from Dreamspinner Press on Friday, July 20, and to celebrate, Chris at Stumbling Over Chaos is hosting a drawing for an ebook copy. All you have to do is leave a comment on the giveaway post saying you'd like to enter the contest. All rules are posted on the site. While you're there, don't forget to check out some linkety, the pictures of the lovely Mayhem and wily Chaos, or have a chuckle at the expense of the Misadventures in Stock Photography models. 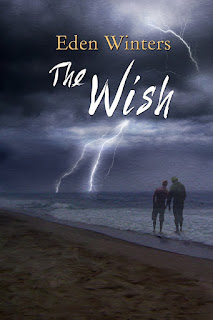 Find The Wish here at Dreamspinner


As a bonus, Dreamspininer is also releasing a free companion story, Valentine Wish, starring two minor characters from The Wish.

So don't forget to enter the drawing at Stumbling Over Chaos. Good luck, and happy reading!
Posted by Eden Winters at 3:57 PM