Looking for a Holiday Romance Short?

The holidays are once more upon us, and what better way to get into the spirit than a holiday romance? 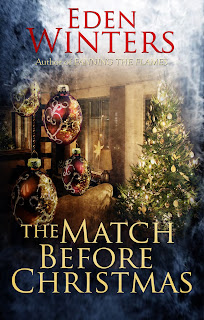 Candlelight, mistletoe, gaily wrapped packages beneath a trimmed tree, and someone to share it with. That’s all Barry Richards wants for Christmas. Desperate for a traditional holiday, he creates a profile on “GetaDate.com,” in hopes of finding the perfect man in a matter of weeks. One date after another goes sour, while all around him friends are falling in love, and Barry starts to lose faith.
The first snow falls and the world fills with seasonal cheer, all except for Barry, for whom time is running out. Facing the prospect of a lonely holiday, he tries just once more to make The Match Before Christmas.
Find The Match Before Christmas at Rocky Ridge Books.
Also: 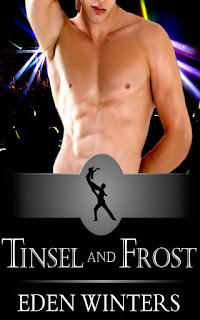 The last time Tony danced, he wore the spangles and tights of the Nutcracker’s Prince and the audience threw roses at the stage. One career-ending accident later, he’s dancing again, and he’s not proud of hoping that the audience will reward him with twenties.
Frost, the big, pale bouncer, has reasons of his own for keeping a watchful eye on Tony. He keeps his distance, too, until he has to bounce an aggressive customer who takes things with Tony too far. They have a short, shared walk home but a huge divide between their lives. Do Tony and Frost have more in common than they believe?
Find Tinsel and Frost at Rocky Ridge Books.
Posted by Eden Winters at 4:49 PM