Bo and Lucky are back! Reunion is being offered through Kindle Unlimited, so it's only available from Amazon for ninety days, when it will be offered on Kobo, Barnes and Noble, and other e-tailers. 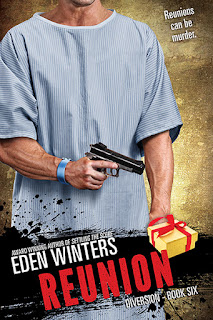 Here's a little of what Natalie from Hearts on Fire Reviews has to say about Reunion:

The Diversion series is in my top ten MM series, so to say I was thrilled when I saw a sixth book was coming, is a gross understatement! I would recommend reading the entire series, although Eden Winters does fill in the pertinent backstory throughout the book. You’d be shortchanging yourself though.


I highly, highly recommend you give these a try.

Read the entire review at Hearts on Fire Reviews.

Find it here at: Amazon