Looking for a sexy yet spooky story, perfect for Halloween? Look no further than the newly re-released Same Time, Next Year from Rocky Ridge Books. 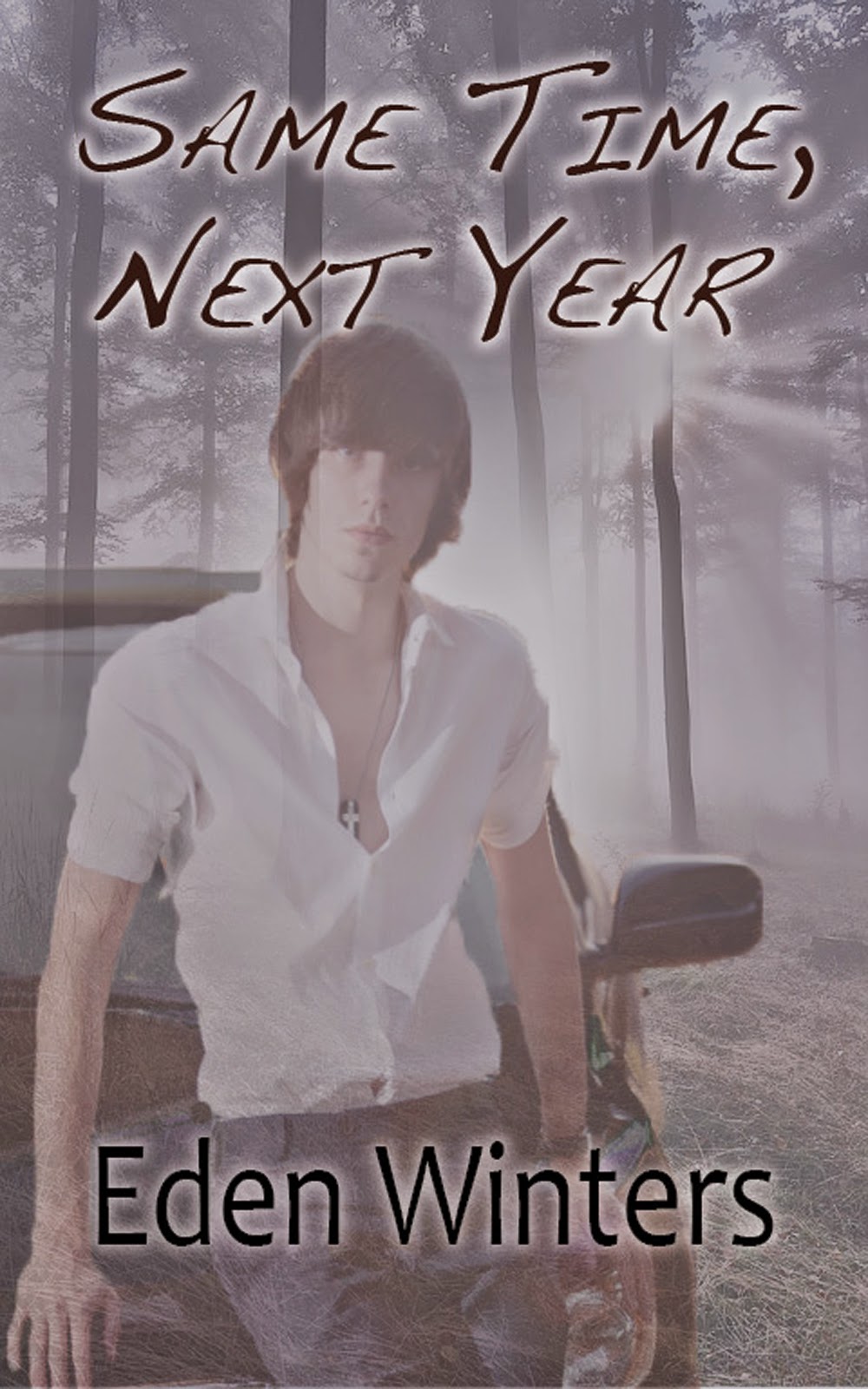 Jerome and Greg played on the dirt road halfway between their homes when they were kids, and found much better games to play there when they grew older. It's their special spot, the perfect place for Greg to propose, and the worst place possible for the accident that takes his life.

Devastated by the loss, Jerome visits that lonely road on the anniversary of Greg's death, only to discover that not all endings are permanent.

Drawn by some unseen force, Jerome turned right. One foot followed the other down a lonely road—the road that used to lead to Greg’s house. Leaving the street lights behind, Jerome squinted into the darkness, barely making out the shapes of trees. The wind, quiet until now, played a mournful tune through the topmost branches, and a light drizzle began to fall. Jerome looked back over his shoulder. The rain didn’t reach the well-lit intersection, just this road. Were the fates trying to turn him back?

Cool mist brushed his face but he wouldn’t be deterred. Next, the heavens sent fog, thick and heavy, nearly blinding. He followed the white line at the edge of the road, the only thing visible in the gloom. The sound of an engine gearing down caused him to turn, jumping away from the asphalt in case the driver couldn’t see him. How odd that in the black of night there were no headlights shining. The motor revved, closer this time. The mist parted and the shadowy shape of a sports car appeared.

A fist clenched Jerome’s heart and he shook his head, willing himself sober. It couldn’t be! It just couldn’t! The car purred like some sleek, black predator waiting for him to run so it could give chase. The passenger door swung open.

Jerome stared at the door for what felt like an eternity. The rain fell harder. When it began to trickle under his collar, curiosity got the better of him. One slow step at a time he approached, gazing into the darkened interior. Just like outside the vehicle, inside there were no lights, not even on the instrument panel. When he placed his hand on the car’s canvas top, a jolt traveled up his arm, and he’d swear the damned thing leaned into his touch.

No words were said, none were needed. The invitation was clear. He sucked in a cool, deep breath and exhaled slowly, fogged breath mingling with the chilly mist, stooped, and slid into the car. The door closed without his help. The Mustang accelerated, barely crawling down a side road. Something swung from the rear view mirror. Even without seeing clearly Jerome recognized the tassel from a graduation cap. There was no other explanation; he must be hallucinating. How much had he drunk?

When the car came to a full stop, Jerome spoke. This was their spot, where they’d come every Saturday night throughout high school to make out, and where they’d spent their last night together. “I’d like to see you.” The instrument lights began to glow, creating a surreal landscape of shadows and light on the driver’s face. Dear Lord. There was no way it could be who it looked like. Could there?
A husky, well-remembered voice drawled, “How have you been?”