Today is book blast day for Diversion, 2nd Edition. Some nice folks all over the Internet are hosting details today, and participating in a giveaway for an e-book copy. Come join the fun as we count down to the re-release of the first book in the Diversion series. Tomorrow, July 4, the purchase links will be live. 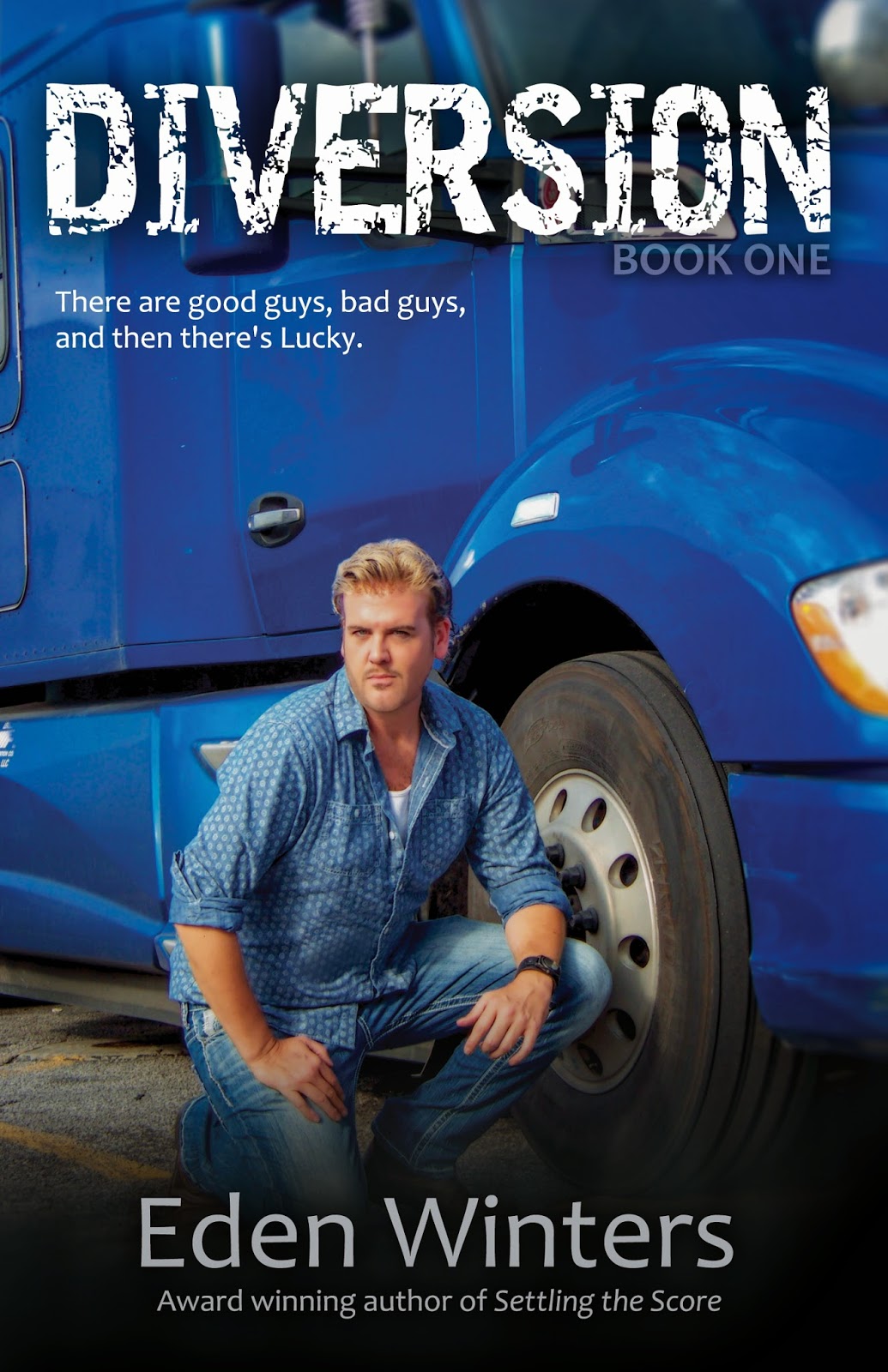 There are good guys, bad guys, and then there’s Lucky.

Two men. Close quarters. Friction results in heat. But Lucky scoffs at partnerships, no matter how thrilling the roller-coaster. Bo has two months to break down Lucky’s defenses… and seconds are ticking by.
Excerpt:
The door flew open and Lucky made a grab. He rammed Bo’s back against the wall, setting off an automated hand dryer. Lucky ignored the hot air wafting over his arm, slammed his mouth hard against Bo’s, and shoved his leg between the man’s thighs. They devoured each other’s mouths, no hesitant tender kiss, but a release of tightly coiled passion. Tongues intertwined, each man sifted fingers through the other’s hair, tugging closer.
Below their belts their bodies followed suit, Lucky rutting against Bo’s firm thigh in an old-as-time mating rhythm. I’m going to blow in my jeans and I don’t give a fuck.
Lucky’s overwhelmed brain yielded up a single clear warning: someone might walk in. Mouths joined, he danced them toward a stall without breaking contact. A condom machine hung on the wall at an awkward angle. A handwritten sign proclaimed, “Out of Order.” Damn it!
At this rate, he wouldn’t last long enough to wrap his meat anyway. He wrestled them both into a stall, and slammed and locked the door behind him.

Author Bio:
Captivated young by story-telling, Eden Winters’ earliest memories include spinning tales for the family's pets. Her dreams of writing professionally took a sojourn into non-fiction, with a twelve-year stint in technical documentation.

She began reading GLBT novels as a way to better understand the issues faced by a dear friend and fell in love with the M/M romance genre. During a discussion of a favorite book, a fellow aficionado said, "We could do this, you know." Good-bye gears, motors, and other authors’ characters; hello plots and sex scenes.  So far that has produced such award winning novels as The Wish, Settling the Score, The Angel of Thirteenth Street, Duet, Naked Tails, and the Diversion series: Diversion, Collusion, and Corruption.
Somewhat of a nomad, Eden has visited seven countries so far. She currently calls the southern US home, and many of her stories take place in the rural South. Having successfully raised two children, she now balances the day job with hiking, rafting, spoiling her grandchildren, and stalking the wily falafel or elusive tofu pad Thai at her favorite restaurants. Her musical tastes run from Ambient to Zydeco, and she's a firm believer that life is better with fur kids and Harley Davidsons.

Be sure to look for Eden’s soon-to-be-published works: A Matter of When and Manipulation, the fourth installment in the Diversion series.