What's old has been made new again...

Several of my short titles have recently been unavailable, as their publisher contracts expired. I'm taking what I've learned in the past few years to improve on the original stories. I've got several reprints that will soon be back on the market:

When I first wrote this short story, it was for Torquere Press's It's Gets Better fund raiser, and featured a story of "getting better." The word limit was 8,000, and I had to do a lot of trimming to meet that goal. Now that the story is mine again, it's over 12,000 and shows a lot more interaction between protagonists Ferris and Miko. I'll post links to the new, improved Summer Boys once it's published. And check out the lovely new cover by Zathyn Priest of Scarlet Tie Designs. 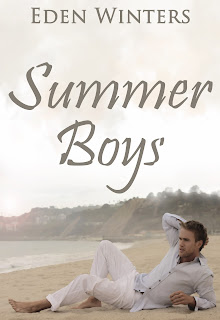 Another story that has returned to me, contact-wise, is The Match Before Christmas, featuring a man's misadventures with Internet dating, and his desire to find someone special before the Christmas Holidays. The stunning cover was created by my dear friend, Jared Rackler, of Jared Rackler Designs. Isn't it lovely? 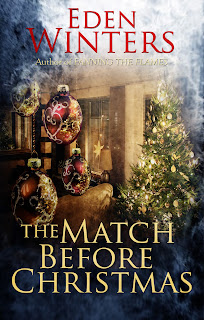 Candlelight, mistletoe, gaily wrapped packages beneath a trimmed tree, and someone to share it with. That's all Barry Richards wants for Christmas. Desperate for a traditional holiday, he takes drastic measures. Creating a profile on "GetaDate.com," he hopes to find the perfect man in a matter of weeks. One date after another goes sour, while all around him friends are falling in love, and Barry starts to lose faith.The first snow falls and the world is filled with seasonal cheer, all except for Barry, for whom time is running out. Facing the prospect of a lonely holiday, he tries just once more to make The Match Before Christmas.

Look for both stories to make a reappearance in late February or early March.
Posted by Eden Winters at 5:17 AM