Only three morre days until the publication of Collusion from Amber Allure!

The second leg of the Collusion blog hop takes place at Joyfully Jay's. She was kind enough to allow me to take over her blog for a day and post an extra scene that was cut from the novel. This deleted scenes goes a bit more in depth as to why Lucky and Keith growl so much at each other. A gun figures strongly into their animosity. To learn more, well, come join the fun, and hang out with Lucky once more.... 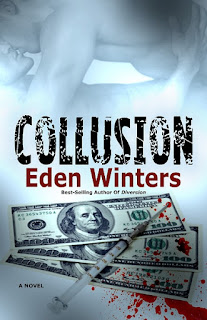 Collusion will be available from Amber Allure, an imprint of Amber Quill Press, on Sunday, February 24.