Welcome to another installment of Early Literary Influences.  When I first began this series I had no idea where it would lead, I merely wanted to pay some respect to books that influenced writers and set them on the path to creating their own characters and worlds. I received an interesting surprise: not only did the books themselves shape lives, but the people behind them--a librarian in the case of one guest poster, and today, author Karl May.

Today's guest post is by Feliz Faber, and in reading her rememberances of May's works, I believe I'd have loved them too. 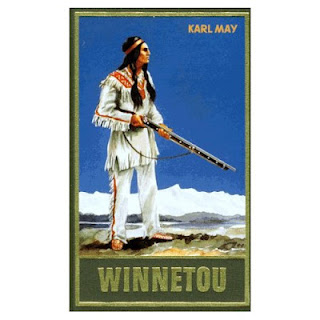 I came across my first Karl May book when I was ten. Back in the day, my world was strictly separated into girl's things and boy's things—Barbie dolls vs. Matchbox cars, skirts vs. pants, helping Mum with the cooking vs. helping Dad in the garage, and of course girl's books and boy's books. Much to our parent's consternation, though, both my brother and I turned out little rebels in that regard. I used to nick my brother's toy cars and dogged my dad whenever he went near his motorbike, my skirts turning up torn and stained with grease until I was allowed my first pair of jeans at the age of eight, while my brother stole my dolls and endlessly pestered Mum with peeking into pots and pans until she gave in and taught him how to cook (AND he's notorious for wearing utilikilts at any given opportunity—but I digress)

Anyhow, needless to say I wasn't keen on Heidi & Co., either, appropriating my brother's books instead. Now THAT was right up my alley. Exotic places, exciting adventures, glorious heroes and vicious villains, shootouts and fistfights, true friendship till death and HORSES! (in that regard, I was all girl, going through my horsey phase all right). I laughed, I cried, I devoured book by book (no shortage here, as Karl May wrote about eighty, all in all), and I read and reread my favorites until I almost knew them by heart.

Generations of German boys (and girls, as it is) grew up with Karl May's characters, Winnetou and Old Shatterhand, Kara Ben Nemsi and Hadschi Halef Omar, Captain Kaiman, The Blue-Red Methusala, to name only a few. I think Karl May is the most popular German  "YA" author of the 20th century, although in his time, nobody would've known the term YA. He was born in 1842, and his books are mostly set during the 1870ies and 1880ies. Their locations include the Middle East, the American West, South America, China, India, North Africa, the South Seas and many other countries, including the Europe of Karl May's time. His narrative pattern is always the same: there's a first person narrator, most often a German by the name of Karl, who travels to some foreign country, makes fast friends with a native, and they ride out to miraculous adventures. The first-person narrator usually has larger than life intellectual and physical abilities, speaks dozens of languages and invokes strong emotions in anybody he meets, be they friends or foes. The native companion can be a superhuman being too, like Winnetou, the ideal noble savage, or he is a servant-turned-friend like Hadschi Halef Omar, who's more of a Sancho Pansa to Kara Ben Nemsi's Don Quixote rather than a hero in his own right. One thing in common, there's always a deep bond between "Karl" and his native companion, a faithful devotion that in some cases, borders on love.

Much has been said of the homoerotic subtext in Karl May's work, and in my opinion, there is no denying its presence, if you but look a little closer. It's most obvious with Winnetou and Old Shatterhand, but the first person narrator meets many other men during his travels whose "male beauty" sends him into rapture. Of course, when I was a child I didn't notice any of this, but I read and reread  Karl May's books again and again over the years and still sometimes do. (I still have the Winnetou trilogy on my bookshelf). It's subtle, and the boundaries are often blurry between friendship and erotic attraction, but that's something that has undeniably influenced my own writing, too.

What made Karl May such a great writer was his boundless imagination, combined with an incredible amount of painstaking research. He wrote all his stories without ever having left Germany, and still the descriptions of his hero's travels were so accurate that a bunch of afficionados could actually use his books as travel guides in the 1930s. (and to think he achieved that without Internet research, let alone Google Earth!) And he was the master of scurrility. His supportive characters are often unforgettably quirky types with a knack for getting into bizarre troubles from which the superman heroes have to save them afterwards. I've always loved the humor in Karl May's books, and I must admit that in my own writing, supportive characters tend to be descendants of Karl May's Sir David Lindsay or Sam Hawkins.

From a present-day perspective, Karl May's writing style is rather sententious, his characters are over-the-top, his stories often overly melodramatic and brimming with violence, racism and stereotypes. And still, people continue to read his books, and he's continuing to make new fans even though he's been dead for almost a century now. All colonial arrogance of Karl May's time aside, his books are permeated with a deep sympathy for the subdued, for the underdogs, the colonized nations; some of his views must have struck his contemporaries as downright radical. His books made me curious in the history of Native Americans as well as the truth behind "Lawrence of Arabia", behind Kipling's "Kim" and many other popular books and movies.

If nothing else, Karl May made me curious about the world and what makes it turn.

Feliz is the author of deeply moving short story, Desert Falcon, and the absolutely fascinating, City Falcon. (I love that cover!) The covers link to these wonderful stories at Dreamspinner Press; the title links take you to my reviews of these stories on Goodreads. While Desert Falcon is bittersweet, I loved it nonetheless, and got the HEA I'd hoped for in City Falcon. 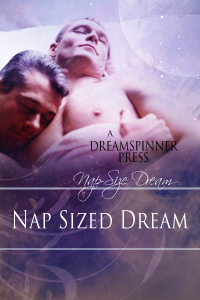 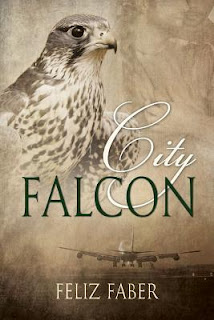 Find Feliz at On Letters and Life