The Friday Review - A Bit of Rough and Roughhousing


In an attempt to show love to some of my favorite books, I'm making it a goal to post a review of a book each Friday. Some will be new books that I recently read, but others will have stood the test of time, with reviews that I wrote months or even years ago that still hold true today.  And before you think I give glowing reviews to everything I read, I don't. I will only post reviews of books that I thorougly enjoyed and wholeheartedly recommend.

With that said, this week's featured story is the first M/M romance I ever read, Laura Baumbach's A Bit of Rough. And because I was new at reviewing and the review is short, I've added on my thoughts on the sequel, Roughhousing. I read both books long before the review date, but posted them once I'd joined Goodreads. 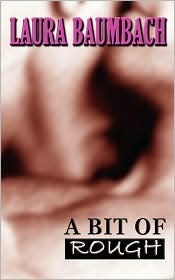 A Bit of Rough was the very first m/m book in a collection of that consists of about 400 at present time. Bram Lord is the strong, protective lover we all dream of, and in James he meets his match. Over the the years I've told many that the first chapter alone was worth the price of the book. That sex in the alley scene is a scorcher!

It seems right that this book was my introduction to the genre. It's a well-written explanation of why I'm now hooked on m/m stories. 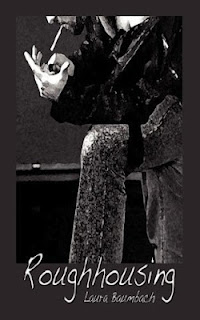 Bram and James are back and so am I! So often I'm disappointed with sequels, but not this time. James is still strongly independent and Bram still growly and possessive. Long live the cave man!

Is there going to be a third book, I ask hopefully, batting my eyes at Ms. Baumbach?

Over the years, I believe I've gotten much better at reviews--at least they're wordier and go more in depth, but these were written by a tried and true fan, so I won't change them now.

Tune in next week for peek at another of my favorite books. And for the record, I now own more than 1,000 M/M romance novels.
Posted by Eden Winters at 3:11 PM