Good morning, y'all! Today I'm turning over my blog to M.A. Church, who has a lesson for us on what really matters in life. Take it away, M.A.! 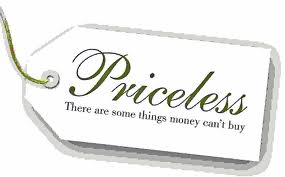 Money makes the world go round, and can buy the best things life has to offer. Pricey clothes, expensive cars, luxury toys, insanely high priced meals, the best rooms in hotels… and people who’ll jump to do your bidding. Money speaks—wealth and power go hand in hand. And when you have money, hey, why not throw it around like it grows on trees? There’s more of where that came from.
Right? 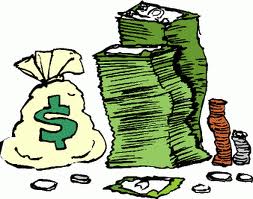 So what if the men you date are more interested in your money than your private thoughts? Does it really matter if all they see you as is a bag of money? It’s certainly safer. After all, they’ll tell you what you want to hear. They wouldn’t dare tell you the truth. If you have money, you don’t need anything else.
Right?
But… what if that’s not right? What then? Wealth can buy you security, provide comfort, and surround you with ‘yes’ men. Sure, money can buy a lot of things, but do those things really mean anything if there’s no one special to share them with? What about a lover’s touch, a simple smile, or the feeling of being near the one you love? Money can’t buy that—it can’t buy you a sense of completeness. As the old saying goes… ‘You can’t take it with you.’

Can you buy love?

Not the love I’m talking about. There have been all kind of shows on TV about this subject—saying yes money can and no it can’t. Frankly, I don’t think money can buy love. Not soul-touching, deep, give your life love. It can buy a warm body, but that’s not the same.

Money may be able to buy a lot of things… except true love. And true love is… 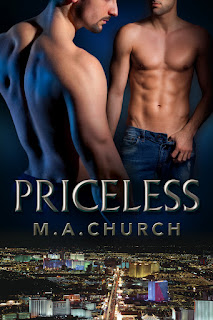 Blurb:
Sparks ignite when Cupid takes aim at two mortals in Las Vegas: Randy Jones, an average guy on a company vacation, looks into Garrett’s eyes at a craps table and time stands still. Throwing aside everything he believes, Randy engages in a torrid two-night affair with Garrett—only to panic when he realizes he’s fallen in love.

Cynical billionaire Garrett Shiffler has everything money can buy, and most of his dates can’t see past the dollar signs. Life has taught him that innocence and love are figments of the imagination. But when Randy disappears, taking with him feelings Garrett thought he’d never know, Garrett wages the most important battle of his life to win Randy's love—but this time he fights with his heart, not his bank account.
Meanwhile, Cupid wonders what happened. His golden arrows never fail unless the Fates interfere. If Garrett wants to win Randy back, he’s going to have to do it on his own, because the Fates have other plans for Cupid.

Excerpt:
They stepped closer and Randy’s body was as tense as a drawn bow. What would a suave, sophisticated guy do in this situation? Suave, right. Randy just hoped he didn’t make an idiot out of himself.
Randy’s breathing increased as he chewed his lip. His heart sped up as Garrett leaned into him. Would the kiss be hard and brutal, his mouth claimed by an onslaught of passion that would leave him breathless and
bruised? He moaned in surprise as Garrett’s mouth sweetly moved on his.

From one heartbeat to the next, pleasure exploded in Randy’s mind. He hadn’t expected such gentleness. Throwing caution to the wind, he grasped Garrett’s hips and pulled him closer. Garrett’s tongue explored his mouth, that sinful goatee tickling his chin. When Garrett nudged his head to the side and nibbled a path down Randy’s neck, he willingly bared his throat. And moaned again when Garrett sucked hard on the tender skin
near his collarbone.

Randy, squirming from the sensations, rubbed his leg up and down Garrett’s thigh. One of Garrett’s hands drifted down and lifted Randy’s leg higher, palming his ass as he kneaded the firm flesh. The electricity that jumped between them had Randy shaking.

“Garrett,” Randy gasped as Garrett found a particularly good spot, “there’s gotta be cameras in here.”
Garrett held Randy tightly for a moment, their bodies crushed together, before he released him and moved away. He mumbled under his breath about how could Randy think, much less clearly, at that moment. Randy leaned against the elevator wall, eyes closed, and tried to bring his rampaging body under control. The elevator dinged and lurched to a stop, causing Randy to stumble into Garrett.

He slid his arm around Randy to steady him and didn’t let go when the doors parted. Garrett pulled Randy toward his suite, throwing the door open. Once inside he slammed the door shut, spun Randy around, and trapped him against the back of the door. He slammed his mouth over Randy’s, picking up where he left off in the elevator until Randy was gasping for air.

“Let me be very clear,” Garrett panted into his mouth. “I want you in my bed. I want you desperate, wild, and begging.”

“I’m to the desperate phase now.” Randy trembled, trapped between him and the door. “Wild is right around the corner, and begging isn’t far behind.”

Garrett’s thumb traced over Randy’s swollen bottom lip. “That’s what I like about you, Randy, you speak your mind and don’t play games. I can’t tell you what a turn on that is for me.”

“I don’t have the first clue how to play games like you’re talking about, nor do I want to.”

“And thank God for it.” That jaded little devil on Garrett’s shoulder rolled his eyes. This guy either was very good, or very innocent. “Now, let me show you my bedroom. I can’t wait much longer to have you in my bed.”

Garrett ushered him through the living area, not giving him time to admire the softly lit main area. He opened a door to a large room that held a beautifully made bed with a sinfully black silk bedspread. The room was done in dark woods and masculine tones with paintings and photography from some extremely well-known artists. It shrieked authority, money, and power. The curtains were open, letting in the light from the city.
Garrett stepped behind Randy and turned him toward the mirrored closet. Garrett unbuttoned his shirt, parted the fabric, and placed his hands on Randy’s stomach. Taking his time, he ran his hands up Randy’s chest, dragging the pleasure out until he reached those perky nipples that begged for attention. Garrett flicked both hard peaks, making Randy arch in his arms. Then he rolled them between his thumb and forefinger as they both watched their reflection.

“So very hot,” Garrett whispered in Randy’s ear as his fingers teased the nubs until Randy moaned.
Randy reached behind him and wrapped his arm around Garrett’s neck, dragging him closer. That bulge that pressed against Randy’s ass was huge and had his imagination sitting up, tail thumping. It had been a long time since a lover affected him this way. Randy leaned his head back against Garrett’s shoulder and watched, heavy-eyed, as Garrett’s hands drifted down and undid his belt.

M.A. Church
M.A. Church lives in the southern United States and spent many years in the elementary education sector. She is married to her high school sweetheart and they have two children. Her hobbies are gardening, walking, attending flea markets, watching professional football, racing, and spending time with her family on the lake.

But her most beloved hobby is reading. From an early age, she can remember hunting for books at the library. Later nonhuman and science fiction genres captured her attention and drew her into the worlds the authors had created. But always at the back of her mind was the thought that one day, when the kids were older and she had more time, she would write a book.